Long-term measurements in the urban area of Innsbruck, Austria, show that the fraction of ozone near the surface tends to be overestimated in atmospheric models. Consequently…

In classical models of stellar evolution, so far little importance has been attached to the early evolution of stars. Thomas Steindl from the Department of Astro- and Particl…

With a broad range of over 100 study opportunities, the University of Innsbruck offers education and training at the highest level. If you have any questions, our student adv…

Trapped ions have previously only been entangled in one and the same laboratory. Now, teams led by Tracy Northup and Ben Lanyon from the University of Innsbruck have entangled two ions over a distance of 230 meters. The experiment shows that trapped ions are a promising platform for future quantum networks that span cities and eventually continents.

When it comes to crea­ting ever more intri­guing quan­tum systems, a con­stant need is finding new ways to observe them in a wide range of physical sce­narios.  JILA Fellow Cindy Regal and JILA and NIST Fellow Ana Maria Rey have teamed up with Oriol Ro­mero-Isart from the Univer­sity of Inns­bruck and IQOQI to show that a trapped par­ticle in the form of an atom rea­dily re­veals its full quan­tum state with quite simple ingre­dients.

The quantum nature of objects visible to the naked eye is currently a much-discussed research question. A team led by Innsbruck physicist Gerhard Kirchmair has now demonstrated a new method in the laboratory that could make the quantum properties of macroscopic objects more accessible than before.

Heat and cold as health hazards

Both hot and cold environments trigger a stress response in the human body and can lead to cardiovascular problems. Physiologist Justin Lawley from the Department of Sport Science and colleagues have recently investigated both factors in scientific studies.

Inns­bruck is a leading center in the develop­ment of new quantum tech­no­logies. In order to under­stand the processes of societal chan­ge triggered by these tech­no­logies and to be able to develop correspon­ding ethics frame­works, the Univer­sity of Inns­bruck is foun­ding today the Inns­bruck Quantum Ethics Lab (IQEL), in which experts from various discip­lines will work together.

The University of Innsbruck is dismayed by the war in Ukraine. A crisis team has been set up to deal with the situation and is working on concrete steps to support cooperation partners 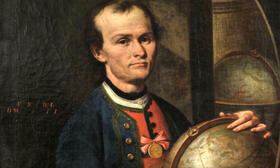 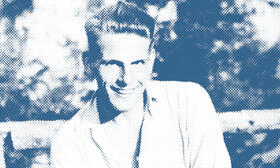